AED/CPR Awareness Week is the first week in June. That’s this week. So, I’ve been thinkin’ (yeah… scary…)

What would it look like if Apple teamed up with Google Health and Microsoft Health Vault… and Guidant, Johnson & Johnson, Boston Scientific… and the Red Cross… and your GPS system? (Can’t we just all get along?) Could you imagine the possibilities?

I mean, if you ignore the death of privacy and the possibility of lawyers performing keyword searches through medical records (iSue), it would be pretty cool.

So, in honor of the possibilities, GiggleMed.com has chosen to release it’s iHealth Humor Series during AED-CPR Awareness Week. All week, we’ll show you new iHealth/iPod possibilities… with parody and humor, of course. 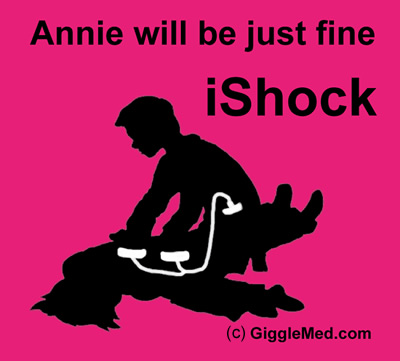 If you teach ACLS or work in the ER or as an EMT, you’ll love the fact that these hilarious medical humor designs are available on all kinds of gifts… gifts for the one who has everything. 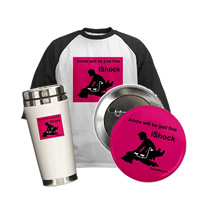 GET HILARIOUS CHART BLOOPERS IN YOUR INBOX

Get hilarious medical chart bloopers in your inbox. Every two weeks or so, you'll get a big belly laugh :) Sign up below and verify your email. After that, we are not responsible for any incontinence.